When Jamaican born Steve Burnett Martin migrated to Britain at the tender age of nine years old, he had no idea that he would be the person to galvanize the Afro-Caribbean community of Brixton.

Settling early in Tulse Hill, located near Brixton, Burnett struggled in early on in school, and realized that his best choice for education and survival was “ghettology” which was the term he derived from the lessons learnt in the streets, as he just did not feel a part of the school system.

Not only did the streets give Burnett the tools to ensure his survival, but they also provided a place for Blacker Dread to be born; the voice and guardian of the Afro-Caribbean people of Brixton. 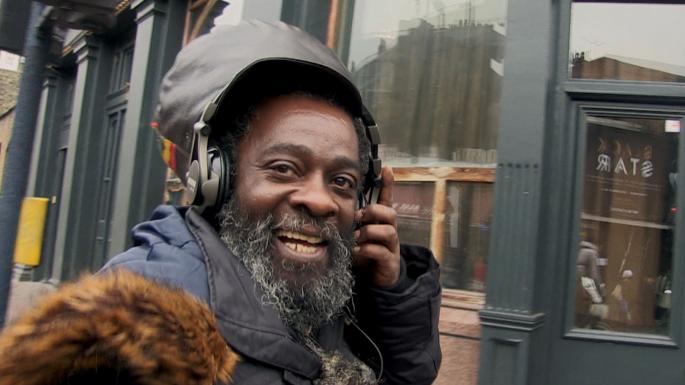 During the 1980’s Blacker came to prominence from the domination of street parties and festivals across London with electric record selecting with numerous Caribbean based sound systems that eventually gave rise to the opportunity to ‘select’ for Sir Coxsone who played a key role in the early development of Britain’s sound system movement.

Blacker opened the Blacker Dread Muzik Store, a small record store on Cold Harbour Lane, Brixton in 1993 and it quickly doubled as a safe heaven for Brixton’s youth. People all over the community turned to Blacker for guidance and he quickly gained the reputation as being the person to talk to if you were ever in trouble. On a daily basis Blacker worked at keeping the youth of the community out of jail, and even persons that were incarcerated sought the council of the people’s voice.

In 1996 Nelson Mandela announced that he will make his first state visit to Britain, and Blacker, being an active member of the ANC during Mandela’s incarceration, told Mandela that he had to visit Brixton, the heart of the black community. Mandela was treated to Blacker Dread performing alongside Freddie McGregor that had even the likes of Prince Charles in a dancing and jubilant mood.

Blacker has had issues of his own to overcome and has managed to do so in a particularly positive way. When his son was gunned down, it gave rise to the Brixton Splash, which he co-founded and has referred to as a silent tribute to his son which is a vibrant street festival that Blacker has been involved with for over 10 years.

When Blacker spent a short time in prison in the early 2000’s he remained true to his desire to be there for his brothers and sisters by continuing to guide persons and even began ‘selecting’ for his prison radio station.

The full documentary about Blacker Dread’s story named ”Being Blacker ” will premier on BBC2 on March 12 ,2018 at 9 PM and in selected cinemas in London Birmingham and Manchester throughout the coming weeks.